The basic authentication flow is: 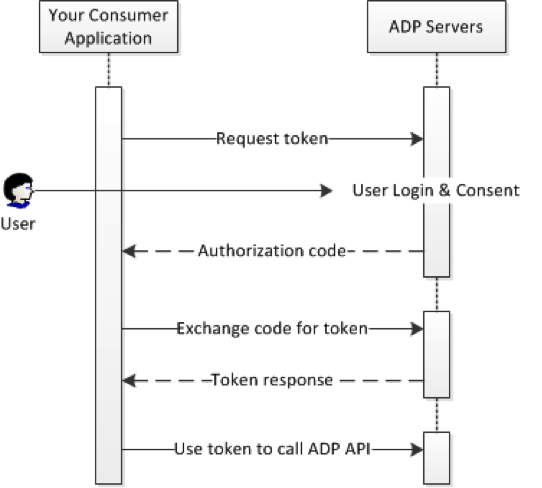 ADP provides libraries that you can use to take care of many of the implementation details of authenticating users and gaining access to ADP APIs. If you choose not to use a library, follow the instructions in the remainder of this document, which describes the HTTP request flows that underly the available libraries.

You must obtain the following from ADP in order to implement OpenID Connect with ADP:

The ADP endpoints involved in the OpenID Connect protocol are described below.

ADP and the ADP logo are registered trademarks of ADP, Inc. All other marks are the property of their respective owners.
Copyright © 2021 ADP, Inc.
Terms|Privacy